I know what I want, but how and where can I get it? 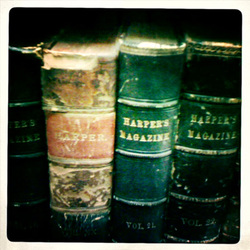 In the spring of 2008 I began to consider how I would fulfill the  continued education credits required for renewing my teaching certification.  It was a very demanding time in my life.  I was finishing my third year of teaching, had an infant at home, and a husband who was in the middle of completing his bachelor’s degree by commuting every week.  Because of these demands of being a teacher, mother, and wife; there were a few very important requirements in any master’s program I would consider.   First, it had to be offered locally or online.  Next, it had to have concentrations mathematics or leadership. Lastly, it had to be of quality.

The three most demanding areas of my life at the time each had their own requirements.  First, my teaching position was at a charter school in northern Michigan where I was obligated to put in long work days; every day I spent over eight hours in the building.  Additionally, I had an hour of commuting time each day.  This left little extra time for pursing my education.  Next, as anyone who has had children can confirm my infant daughter required much of her mommy.  She was born premature and at just over a year old was still very demanding of my time.  Lastly, after returning from active duty in Iraq my husband decided to pursue his music education degree which required him to commute weekly and spend the bulk of the week living away from home.

With all of these demands, I had three main foci as I began researching master’s programs.  The first of which was the ability to take the courses locally through an off-campus program offered here in northern Michigan or online.  It didn’t take long to decide that the online option was most ideal.  Most
of the Local options were offered either in the evenings or on weekends.  With my husband away these options were not optimal. Pretty quickly, the online option became the only option for me.  As this medium of instruction was somewhat new, there were very few purely online options. The second foci was the ability to focus on either math or leadership.  As I was fairly new to the teaching profession, I just wasn’t sure what my career path would look like
but I wanted to be sure to provide myself with exploration and options.  As I began researching online programs with either math or leadership concentrations, two main options arose.  They were University of Phoenix or  Michigan State University.  Both  schools offered programs with dual concentrations in both math and leadership.  However, the cost was  a bit less through the University of Phoenix.  In the end, the deciding factor was the
perceived quality of education. I truly believed I would receive a better education from Michigan State University which made the increased tuition costs worth it.

I began the Michigan State University Online Master’s of Arts in Education program  in the Fall of  2008.  I started strong, taking two  courses a semester during the Fall of 2008 and the Summer of 2009.  After taking classes both during the school year and summer, I thought  felt I was a much better student and learned more during the  summer  semesters when there were fewer demands on my time as I was not teaching and my  husband was not taking classes himself.

The first course that really made an impact on my teaching was TE 861C Action Research in K-12 Math Classrooms taught by A. Slaton.  This course gave me the opportunity to look at specifics of my own classroom.  This particular course asked us to consider an issue or concern we had. Once we determined what our research question would be, we went through the process of determining what forms of data we would collect in order to analyze whether we were having the effect on the classroom we had hoped for or intended.  What I felt made this learning most helpful was it was learned during the summer when we were able to create this action research in theory.  For me this was exceptionally valuable because I didn’t feel pushed to perform the action research on a timeline set forth in the course but rather could really focus on the why and how of action research in my classroom.  I feel that gave me a very sound foundation that has allowed me to do action research in my classroom since. 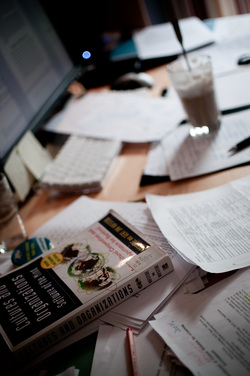 After completing three semesters and twelve credits, I took a break.  Why, you might ask?  Well, there were a few key reasons.  First, I was a little taxed.  I had begun coaching on top of all my other responsibility and felt there was just too much on my plate.  I have very high expectations for myself and my education.  Frankly, I wasn’t meeting those expectations and knew I just didn’t have any more to give in order to meet those expectations.  Additionally, in my teaching position at the time, there was no increase in pay for earning a master’s degree.  I began to feel that I was paying for something that was not going to pay off.  I had enough credits to renew my provisional teaching certificate and felt that some time off would be best.  It would allow me to recharge and attack this endeavor with a more focused state of mind at a later date in time.  Knowing that I needed to complete my degree within five years, I made a plan to take two or three semesters off.

The Break was a Benefit. 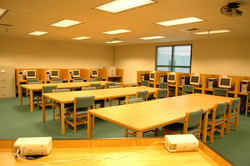 As my five year deadline loomed closer, I began looking at my previous program planning document and realized I needed to  replace the courses that had passed in my time off and began taking courses again in the Fall of 2012.  During that semester I took two of the most valuable courses of the entire program, one of which I would not have taken had I not taken those three semesters off.  First was TE 855 Teaching School Mathematics.  This course was a perfect extension to TE 861C Action Research in K-12 Classroom.  I was able to take the action research project made in that previous course, tweak it for my current teaching assignment and perform the research under the guidance of a quality instructor.  This second course really forced me to apply the learning of the first and stretch it to the specifics of my content area.  In the first course my researched focused on classroom behavior and related management while this second course assisted me to direct how those topics would affect the learning of mathematics in my classroom. This particular course was taken in the Fall of 2012.  That same fall I took a new position at the very small, local public high school where I both live and attended.  This particular district is located in a very rural, economically struggling area of northern Michigan.  Many of these students have not been taught the value of a quality education and therefore do not strive to be quality students.  This opportunity to perform action research in my new classroom was priceless to me in that it allowed me to take issues I was currently experiencing, determine how to tackle them, and evaluate my success with the assistance of a well experienced university professor as a guide.

The other course I took that semester was TE 846 Accommodating Differences in Literacy Learners with G. Li.  I must first say that this was a much dreaded class. As a requirement of applying for a provisional teaching certificate, I knew many others who had taken an equitable course from multiple different institutions.  All of them spoke of how difficult the course was and how much work it entailed.  Regardless of how apprehensive I was about the course at the onset, I can tell you it was one of the most personally valuable courses I have taken throughout my post-secondary ducation.  Why? Because I can not only apply this learning to the students in my classroom but also to my own child.  At the time I took this course my daughter was in kindergarten.  The final project was to administer a literacy lesson to one or more students utilizing the learning within the course.  So, here I was a high school math teacher charged with teaching a literacy lesson.  I initially had no idea what I was going to do. Then, after being lost for some time, I decided I would teach some form of literacy lesson.  It seemed clear cut enough for me.  The next thing I had to decide was who my student(s) would be.  As I watched my daughter begin her formal education, I began to wonder what type of math vocabulary would be required of a kindergartener.  After some quick research of the new common core standards for kindergarten math I settled in on the specifics of my lesson.  I would teach my daughter and her new best friend, an English as a second language learner, grade appropriate math vocabulary.  It was one of the most informative and valuable experiences both as a teacher and a mother.  It gave me a more complete picture of math education while giving me insight on my daughter as a student. 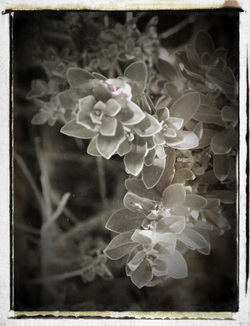 When looking back at my overall experiences and learning in the Master’s of Arts in Education Program through Michigan State  University, it was perfect and so was I...almost.  Firstly, I am glad to have have completed it and reached the goal I set out for myself so many years ago. While my life has always been demanding and I continue to over commit myself to the point that my plate is overflowing with responsibility, I completed this degree with a very impressive grade point average having received a 4.0 in every class with the exception of one 3.5. I am pleased to have obtained that level of success while being a teacher, mother, and wife.  This particular program was perfect for me because it was online, it concentrated on both mathematics and leadership, and was of high quality.